Application monitoring is an essential part in the sphere of mobile application optimization. Today many developers are trying to promote games, programs, increase the number of free downloads.

The main objective is to reduce the cost of marketing. Recently, for example, even indie developers have shown interest in optimizing their offers.

Before you start looking for optimization tips, you need to understand that there are three strategies that help promote a program or application in Google Play or App Store:

There is no single strategy that alone can be helpful in optimizing an application. It is important to use a combination of them correctly. Although the second and third strategies may work independently. 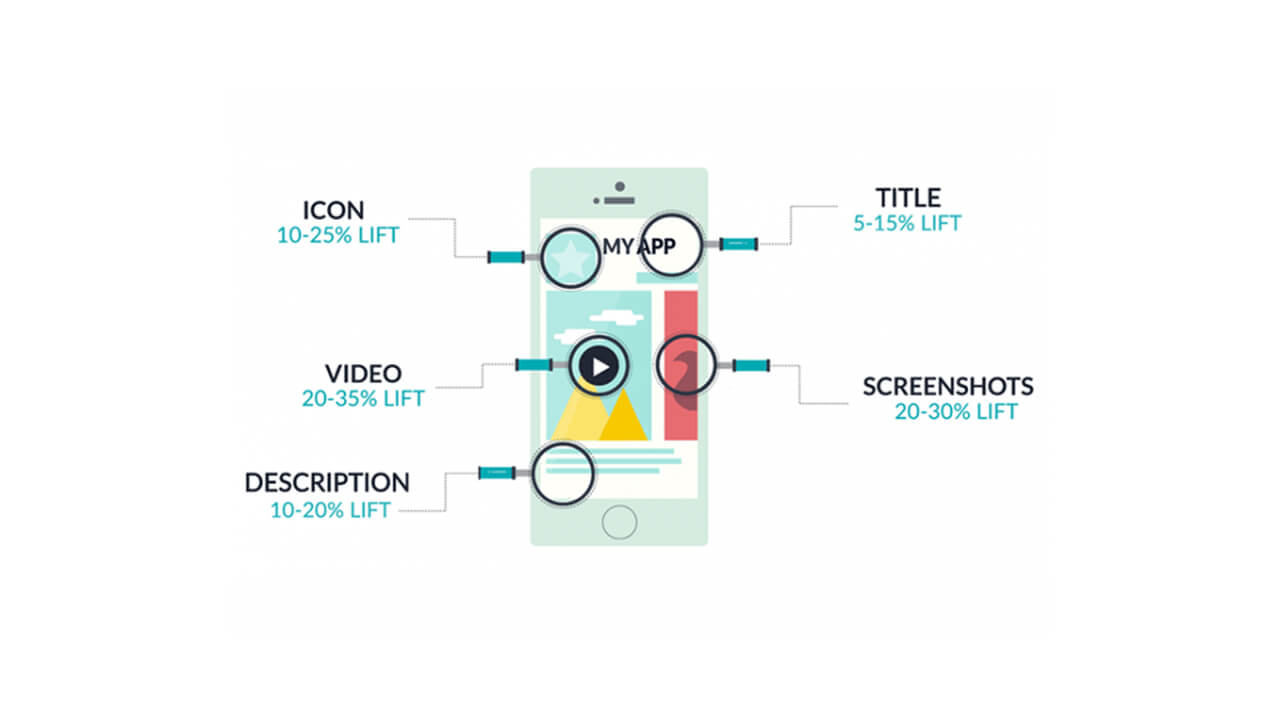 In order to correctly calculate each step and use one or all of the strategies described above, it is important to analyze the supply market. After all, it is possible that competitors are also engaged in optimization, studying the market, and finding solutions.

It is necessary to carefully study the top search results of keywords, to analyze competitors' applications. Collect all the data in one pile and make a decision based on it.

You can also do your own analysis via Google Play or App Store.

For example, bad app ratings have a very strong impact on the user's interest and can lower the app to the bottom of the search results. So it's important to attract a potential client and to do everything you can to get him to put five stars instead of three or two. To do this, developers use the following trick: at the point where the user got a positive experience (received a gift from the application, reached a new level, defeated the boss) a pop-up notification appears asking whether he likes the game or not. If the answer is yes - they ask to put 5 stars in the Store, if not - they ask what is wrong and promise to fix it to prevent the negative rating.

Creating the correct semantic kernel is the most important step. You will need to learn which words or phrases are most commonly used in the store queries. But Google Play and the App Store don't have the tools to help you. So use your head and hands to determine the keyword frequency.

Sometimes you may find the following tools useful, but don't get carried away with them:

For each localization, you can use a combination of languages. For example, for Russian audience, you can write in Russian and English, and for German audience - in English and German.

Pay attention to what the top apps are for each keyword. The biggest competition happens there. To track your progress, do the following:

This way, you can change the keywords and their number until the program rises to higher positions in search results.

Once you have analyzed all the keywords, you will be able to apply one or another strategy. For example, if you select one of the two strategies described above, you must find words that increase your visibility in the search engine results to outperform a competitor. After all, the main thing for you is to drive away from the traffic that the competitor's application brings.

Once you've mastered semantics, move on to finding and choosing popular words. They should be in the title. The rest of the words will serve as keywords. However, in this case, you must take into account the number of characters the stores allow to use.

Pay special attention to the plural and singular numbers and cases. Properly made names increase your competitiveness by several times.

Experienced marketers and developers do not recommend using the marketing text. As Apple, for example, increasingly began to refuse such campaigns, block programs with such keywords, Google Play has also tightened its rules regarding spam in titles and keywords.

Also, the Apple App store dislikes long titles, which consist only of keywords. Therefore such titles and programs also strongly sink in competitiveness and position in search results. So always write sensible text and do not try to deceive the system. For example, for the Apple App store, it is best to use a hundred characters and exclude the keywords. If some part is not included in the name, you can use it in keywords.

Using these rules, you can increase the application's position search engine results.

It is necessary to write as much as is fitting in the visible part of the smartphone so that the user reads to the end, rather than leaves for later. The description should not bore him. Refusals to install also affect the appearance of the game in search results position.

For Android, there are 167 characters given for description, for iOS - 255. It is important to consider this when compiling.

There should be one on the screenshot:

Write the gist. Again, brevity is the soul of wit. Don't try to squeeze in a lot of unnecessary phrases in small font. It only repels a potential client.

These are the rules you will have to deal with when promoting programs and applications. You shouldn't avoid them: even with a good name and description, incorrectly created screenshots can ruin the competitiveness of programs.

Another rule to follow when uploading screenshots is localization and adaptation to gadgets. On Google Play, you can upload horizontal screenshots. There you can also upload large screenshots. Such pictures are easy to look at both smartphones and personal computers.

Also, for example, there is a limitation for Apple: video must be mounted in the same language. The localization must be adapted to the one used in iTunes metadata. And that's not all, the video must be the same for all iPhones. Otherwise, if it was made only for the iPhone 6, then on the iPhone 10 the video frame will be stretched. This means that the store will simply refuse to download such a video and will completely block the application.

Video can be deleted if there are:

In the video content, you should show how the program works, the sequence of action, and the screens. By the way, the audio track may not be present, but remember that audio, like video, should be fully original. Other people's videos and music of famous musicians are blocked. The longest video should be no more than half a minute, and the shortest - 15 seconds.

Application icons are selected to the preference of the designer or owner. Each store allows the different sizes, to which icons must correspond.

You can prepare about 3 options and check each one in practice. The icon that will take a higher place in the search results should remain in the store. The icon should not be overloaded and bright, the trend of the last year - visuals in the style of "Flat". For title pictures of companies such as housing and communal services and traffic, code is suitable simple icons with text. So it becomes clear to the average user, what the application will be about.

How to test the effectiveness of promotion?

Some services help to test the conversion of potential customers. For example, a service like SplitMetrics helps you find out which set of screenshots and icons handle the conversion better. However, such services require external traffic to the program you are going to test.

In general, all you need to do to determine the most successful promotion strategy is to test and retest. Each time all the theories need to be tested in practice. It is necessary to improve the components, over and over again, individually.